Your 401(k) and the stock market: It’s getting bumpy, but experts say don’t fret

By webadminSeptember 27, 2021Uncategorized
No Comments 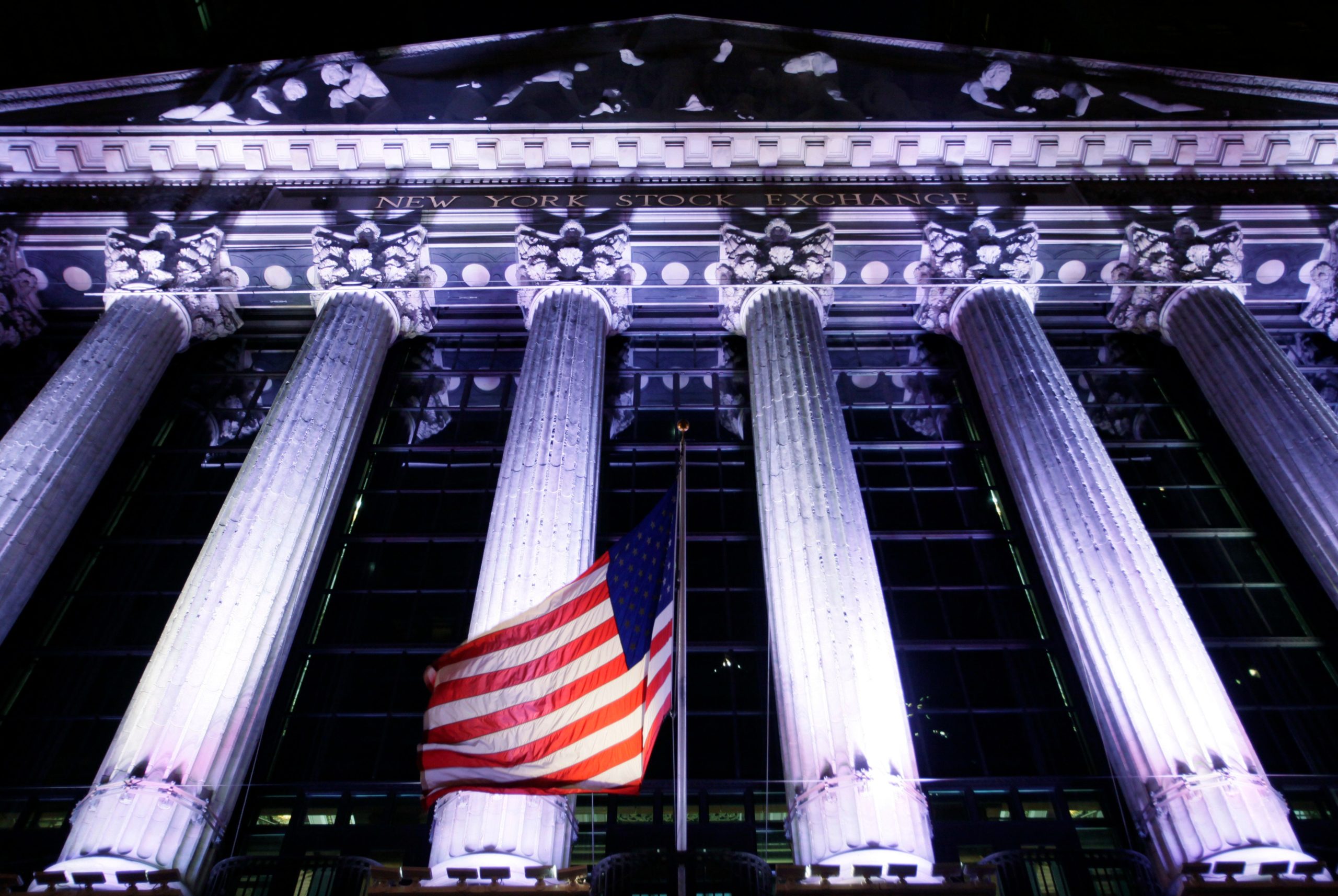 Following a brief but devastating crash in March 2020, stocks and other investments had glided ever higher and touched new records, seemingly impervious to an endless stream of bad news about COVID-19 and a historic wave of unemployment during the pandemic fueled recession. If you checked your 401(k) or your Robinhood account during that time, many investors saw a bigger net balance.

That is, until this month.

Global financial markets have wavered in recent weeks, slumping across the board Monday in what was one of the worst days of the year. An array of concerns about the global economy converged to drag down stocks, and some Wall Street experts worry it may upend Wall Street’s streak of gains.

At one point on Monday, the blue-chip Dow Jones industrial average dropped by as many as 972 points before closing down 614 points. Investors worried about the pace of global growth, possible damage to markets from indebted real estate developers in China and lingering concerns about changes in the course of the Federal Reserve’s policies.

So does this mean trouble for your nest egg? Don’t freak out just yet, experts say.

Here’s what the stock market is signaling about the rest of the year:

While there are whispers of a Lehman Brothers-like crisis brewing overseas, most financial experts said those troubles appear contained.

Those fears are part of a series of factors that have weighed on investors in recent weeks, putting the S&P 500 – the benchmark used for most mutual funds – on track for its first monthly decline since January. Cryptocurrencies also came under further pressure Monday, with bitcoin, the world’s most popular digital currency, slumping by more than 7%.

Worries about debt-engorged Chinese property developers – and the damage they could do to investors worldwide if they default – have rippled across global markets. Those concerns have centered on Evergrande, one of China’s biggest real estate developers, which looks like it may be unable to repay its debts.

The fear is that Evergrande could collapse, causing a chain reaction through the Chinese property-development industry that spills over into the broader financial system, similar to how the failure of Lehman Brothers inflamed the 2008 financial crisis and Great Recession. Those Chinese property companies have been big drivers of that nation’s economy, which is the world’s second largest.

But analysts expect China’s government to prevent such a scenario, avoiding a Lehman-type moment, they said. For example, China’s short-term debt markets, also known as money markets, aren’t showing any worrisome signs of broader problems, according to Ryan Detrick, chief market strategist at LPL Financial. In a note to clients, he said these markets tend to be the canary in the coal mine and that the fallout appears to be fairly contained as of now.

“Short-term funding markets are acting just fine in China thus far,” Detrick wrote. “Remember, it was the money markets in the U.S. that first started to show cracks in the system in early 2008, well before the wheels fell off.”

Evergrande said it will make a payment due Thursday, potentially easing some of those concerns.

Investors have been concerned that the Fed, which delivered its latest economic and interest rate policy update this week, would pull back some of the support measures it provided markets and the economy.

On Wednesday, the central bank said it may start raising its benchmark interest rate sometime next year, earlier than it envisioned three months ago. The Fed also said it will likely begin slowing the pace of its monthly bond purchases “soon” if the economy keeps improving. It’s been buying the bonds to help keep long-term interest rates low.

A rise in interest rates has implications for the stock market and could make shares of companies with relatively high prices less attractive. Those types of stocks tend to be technology companies that are priced typically for growth and not for a steady return of dividends like consumer staples, utilities and real estate companies.

In addition to Fed fears, the COVID-19 pandemic continues to weigh on the global economy. Congress also faces a shutdown if funding stops on Sept. 30, the end of the fiscal year — midnight next Thursday. Additionally, at some point in October, the U.S. risks defaulting on its accumulated debt load if its borrowing limits are not waived or adjusted.

Despite concerns that Americans may rein in their spending following supply shortages and a flare-up of COVID-19 infections fueled by the delta variant, purchasing power has remained strong. That could help mitigate expectations for a slowdown in economic growth in the third quarter, as consumer spending accounts for more than two-thirds of U.S. economic activity.

U.S. retail sales unexpectedly rose 0.7% in August, the Commerce Department said last week, helped by back-to-school shopping and additional stimulus through child tax credit payments from the IRS. Sales were up 15.1% from the same period a year ago.

Consumer confidence has remained strong following a jump in personal income, which has helped the savings rate remain elevated. Last month, a separate report from the Commerce Department showed that incomes outpaced spending in July, with the personal savings rate climbing to 9.6%, up from 8.8% in June.

The U.S. stock market has remained resilient despite concerns about the economic effects of the spread of the delta coronavirus variant and worries about how the Fed will react to rising inflation. In fact, the S&P 500 has rallied more than 90% since the pandemic-fueled sell-off in March 2020.

September, however, has proven to be a tough month for financial markets, with major stock averages retreating for a third straight week. The month is also historically the weakest of the year for the stock market, averaging a 0.4% decline, according to the Stock Trader’s Almanac.

Some analysts said such a decline was due, and any hint of uncertainty may be enough to upset Wall Street as stocks have continued to march higher since October 2020.

The S&P 500, for instance, hasn’t had a 5% drop from a peak since October, and the nearly unstoppable rise has left stocks looking more expensive and with less room for error.

The stock market typically sees about three 5%-plus falls a year on average. That makes the market more vulnerable in the near term following some signs of investor complacency, analysts say.

On Wednesday, the S&P 500 was just over 3% below its record high set on Sept. 2. Both the Dow and the Nasdaq were within 4% of respective all-time highs.

“This kind of a pullback is normal behavior for markets on bad news and therefore a rational response to real but contained risks. As crashes go, this could be much worse,” Brad McMillan, chief investment officer at investment adviser Commonwealth Financial Network, said in a note to clients.

Heading into this week, about 68% of investors thought there would be at least a 5% correction in stock markets before year-end, according to a recent Deutsche Bank survey.

Through Sept. 2 when the S&P 500 last hit a record high, it had been 293 calendar days since the broad stock average had gone without a drop of 5% or more, according to investment research firm CFRA. That bucks a historical trend. Since World War II, the average is 178 calendar days.

Though any weakness could present an opportunity for investors to scoop up more stocks at lower prices, or investors could at least hold steady in their retirement accounts, money managers and personal finance experts say.

“It’s normal for the market to encounter downturns – dips, corrections and crashes – but with time it will rebound,” Tiffany Lam-Balfour, investing spokesperson at personal finance site NerdWallet, said in a note. “Even though it might be hard, sitting tight and trying not to panic will keep you from making any rash decisions you might regret later on.”

With investments, the golden rule is “buy low, sell high,” Lam-Balfour explained. So for those investors who have extra cash lying around, it’s actually a great opportunity to consider scooping up shares at cheaper prices, she added.

Signs of weakness have lurked but you shouldn’t worry

Still, a shift has taken place beneath the stock market’s surface in recent months, and that means the all-time highs in stocks might be in jeopardy, analysts say.

Wall Street watchers point to this concern: Fewer stocks are part of the market rally, a trend that is often viewed as a warning sign for investors.

So why should you care? In general, market breadth, or how many stocks are participating in the rally, has deteriorated recently, which could signal a pessimistic shift in investor attitudes after they remained largely optimistic in the market boom this year.

Nearly 30% of stocks in the index have already moved below their 200-day average, according to Willie Delwiche, investment strategist at market research firm All Star Charts. The 200-day moving average steps back and signals how things look from higher up.

The Evergrande situation wasn’t the primary reason for Monday’s sell-off as several other worries have been lurking underneath the stock market’s surface for months, analysts say.

“The Evergrande news is probably the trigger, but not the cause, of the small pullback we have seen,” McMillan of Commonwealth Financial Network said in a note. “Markets have been unusually steady in recent months, and a pullback was overdue.”

On Monday, the S&P 500 closed below its 50-day moving average, a shorter-term gauge which calculates the average price of stocks over that stretch, for the second consecutive day, breaking a streak that had held for the duration of 2021 and was the longest since a streak that ended in 1996, according to LPL Financial.

But this streak was rare and the dip was bound to happen because it isn’t sustainable for the S&P 500 to stay above such a short-term moving average for a long period of time, according to Detrick of LPL Financial. He argues that the ability for the broad index to hold above that threshold for as long as it did is actually a sign of strength.

He also doesn’t foresee that the issues with Evergrande or potential upcoming changes to the Fed’s policy are likely to derail the bull market, which is now in its second year after stocks bottomed in March 2020 during the pandemic-fueled sell-off.

“We’ve warned a pullback may be coming,” Detrick said in a note to clients. “However, the fact is that most years experience more volatility than we have seen so far in 2021, and we would likely view a further pullback as a buying opportunity going into the fourth quarter.”

McMillan agrees, adding that he thinks it’s “extremely unlikely” that Evergrande approaching bankruptcy would disrupt the global economy since the Chinese financial system and the rest of the world are much less integrated than the developed world was in 2008, he explained.

“Hurricanes can do damage, but for U.S. investors, right now this looks like a hurricane on the other side of the world – scary and damaging, but not a significant threat to us,” McMillan added. “As always, pay attention, but keep calm and carry on.”

This article originally appeared on USA TODAY: Stock market: What the rest of 2021 could look like for your 401(k)