By webadminOctober 4, 2021Uncategorized
No Comments 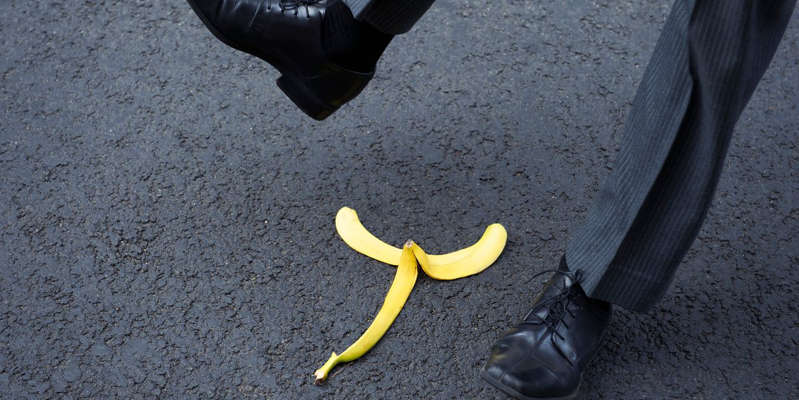 Turning wealth into income isn’t the easiest of tasks. And more than a few people make mistakes with their money before and during retirement.

Some mistakes are, unfortunately, irrevocable. But some, thankfully, are not.

What are some of the correctable mistakes?

Don’t de-risk too much

All retirees make changes to their asset allocation when they roll over their assets from a 401(k) to an IRA, according to research published by J.P. Morgan Asset Management. And many, 75%, do what experts refer to as de-risking. They reduce how much they are investing in stocks.

Both the rollover and de-risking, if done at an inopportune time, could have a significant and adverse effect on retirement success, according to Katherine Roy, a co-author of the research and chief retirement strategist at J.P. Morgan Asset Management.

For instance, de-risking during a market downturn could lock in losses that could result in a nest egg smaller than one that didn’t de-risk. And this is important, especially if the wealth you’ve accumulated is the wealth that’s going to support you over the course of your retirement, said Roy.

To be fair, it’s not clear from the research whether retirees were advised to de-risk or it’s the result of declining appetite for risk. Some retirees, for instance, have too much invested in equities in their 401(k) before the rollover, according to Roy.

So how much should you have in stocks at retirement? Somewhere between 40% to 60% is “fairly prudent,” said Roy, noting that “you want to protect (your nest egg) when wealth is greatest and at greatest risk.”

According to the J.P. Morgan Asset Management research, the vast majority of retirees don’t take distributions from their IRAs before RMD age (which is now 72), and those older than RMD age choose to take only the RMD amount.

And this approach, according to Roy, is inefficient because it doesn’t generate income that supports retirees’ declining spending in today’s dollars. “In fact, the RMD approach tends to generate more income later in retirement and can even leave a sizable account balance at age 100,” the research showed.

This finding, according to Roy, underscores the importance of a goals-based planning approach. “People tend to do well when they manage their money based on their goals, time horizon and risk tolerance,” Roy wrote in her report.

In principle, this means investing the money that will be used to pay for expenses many years into retirement more in stocks rather than bonds. “Meeting those goals, if applicable, should not be left to chance, dependent on what is left over after RMDs are taken,” she wrote. “The assets should be managed more proactively.”

As for spending, the most effective way to withdraw wealth, according to the research, is to support actual spending behaviors, which shows that spending tends to decline in today’s dollars with age. In other words, withdraw more early in retirement to fund your desired standard of living instead of saving it for later when you’re likely to spend less. That’s a better use of your retirement funds. And, if you’ve taken on more investment risk, you’ve reduced the risk of running out of money.

On the other hand, there are those who advocate that the RMD approach, along with delaying Social Security, is a suitable way to generate retirement income. Steve Vernon, author of How to “Pensionize” Any IRA or 401(k) Plan, makes the case that his “Spend Safely in Retirement” approach has many key advantages: It produces more average total retirement income expected throughout retirement compared with most solutions; it automatically adjusts the RMD withdrawal amounts to recognize investment gains or losses; it provides a lifetime income, no matter how long the participant lives, and it automatically adjusts the RMD withdrawal each year for remaining life expectancy.

Roy, however, said the RMD method creates a mismatch between income and spending throughout retirement. “If you want to use a given amount of wealth efficiently to meet spending behaviors, (RMDs are) not optimally designed to do that,” said Roy.

Of course, many retirees are reluctant to withdraw money from their IRAs during the early years of retirement or more than their RMD after age 72 because they are fearful that they might need the money later in life for long-term care expenses.

But this strategy doesn’t mean they will be able to pay for long-term care costs later in life. Instead, Roy said you’ll need to have a separate plan to pay for those costs and not just use one rule of thumb for everything.

Bottom line: “Once retirement is under way, in order to meet regular consumption needs a more flexible, dynamic approach to withdrawals—one that supports the actual spending behaviors—can be more effective than simply taking RMDs,” Roy wrote.

Don’t just spend what comes in

Financial planners will typically instruct you to figure your desired standard of living in retirement and then align your sources of income to achieve that spending target, said Roy.

But according to J.P. Morgan Asset Management’s research, retirees are simply spending what comes in whether it’s enough to support their desired standard of living or not. Income and spending in retirement are highly correlated, the research showed. As income increases with the start of Social Security and RMDs, spending increases. “People are just spending what’s in their account,” said Roy.

In some ways, this makes complete sense. It’s the sort of behavior that people had when they were saving for retirement. “I think people are used to using their accounts to figure out how much can I save, or how much will I have left this month to be able to spend before I get my next paycheck,” said Roy. “And that’s the behavior that we believe that we’re seeing come through into retirement.”

The implications of this behavior are twofold: Not having a mechanism in place to generate income to support your desired standard of living can be stressful, and if you have a mechanism that’s generating income inefficiently you could run out of money sooner.

In addition, the research showed households with regular income from an annuity and/or a pension spend more even if they have similar levels of observable retirement wealth as other retirees. “This idea of income hitting your accounts sustainably gives you confidence to spend,” said Roy.

That finding, of note, was confirmed in recent research by David Blanchett of QMA and Michael Finke of the American College of Financial Services. In their research, Guaranteed Income: A License to Spend, the authors found that retirees who hold a higher percentage of their wealth in guaranteed income spend more than retirees whose wealth consists primarily of non-annuitized assets.

What’s more, Finke and Blanchett found that “retirees will spend twice as much each year in retirement if they shift investment assets into guaranteed income wealth.”

Of course, there’s an explanation for underspending non-annuitized savings, according to Blanchett and Finke. It’s likely both a behavioral and a rational response to longevity risk – the risk of running out of money.

So, what are some takeaways from J.P. Morgan Asset Management’s research? What could help you turn wealth into income and avoid (or correct) mistakes?

One, create a goals-based plan.

And three, consider annuitizing part of your wealth.