By webadminDecember 17, 2018Uncategorized
No Comments 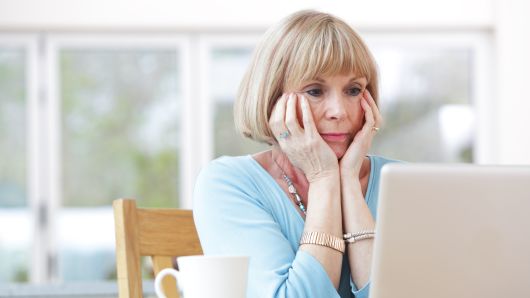 Just checking in on your accounts can prompt you to take action. But the problem is those choices are often driven by your emotions at the time.

When you hear the market has suffered a big drop, your first instinct is probably to check your investment account balances.

The advice is especially prevalent given recent market activity. The three major U.S. indexes — the Dow Jones Industrial Average, S&P 500 and the Nasdaq Composite — closed in correction territory on Friday for the first time since March 2016. Stocks extended that slide into Monday.

Some financial experts are predicting that the wild market swings could be here to stay. And that likely means more confusion for investors.”Volatility is inherently frightening,” Ariely said. “Being frightened means that we are paralyzed, we think about it too much. “It influences our well-being, and it doesn’t necessarily lead to good decisions,” he added.

Checking numbers too often can make it more difficult to accurately interpret trends, according to Ariely.

Take weight loss, for example. If people look at their weight in precise measurements with decimals — say 162.3 pounds — they tend to create stories to make sense of what they are seeing. And the result is often that they become unmotivated, Ariely said.

But if instead people look at their weight data in a less granular way, say how it trends over several weeks, they can more accurately see what is happening. Plus, they tend to get less anxious and take better care of their health, according to Ariely.

The same advice applies to investing.

In 2008, when the markets were going crazy, Ariely found himself checking his own accounts more frequently as everything changed every half hour.

On a Friday morning, before a weekend away with his wife, he found himself consumed with checking his investments. And the compulsion put him in a bad mood.

“It was about noon when I realized I was out of control,” Ariely added. “I was looking too much.”

“I couldn’t check anymore, and the weekend was much nicer,” Ariely said.

What’s more, Ariely took his time before fixing his account so that he could check it again.

Today, Ariely said he frequently fields inquiries from investors who want to know if they should sell everything and move to Treasury bonds.

“Historically, those are some of the biggest mistakes that people can make,” he said.

For most people, it’s better not to check their accounts.

“Every time you open your portfolio and it changes your emotions, oftentimes you make a bad decision,” Ariely said.

Of course, there are times when you have to log in. The key is to be intentional when you do.

“Decide what change you want to make, and only then open your portfolio,” Ariely said. “It’s never a good idea to open up your portfolio for fun and then decide what to do.”

Certain moves — such as rebalancing to make sure your portfolio weightings are still in line with your goals — are healthy, as long as you don’t use those strategies too often.

A good sweet spot for rebalancing is once per year to once per quarter, depending on your investment profile and market changes.