By webadminJune 10, 2020Uncategorized
No Comments 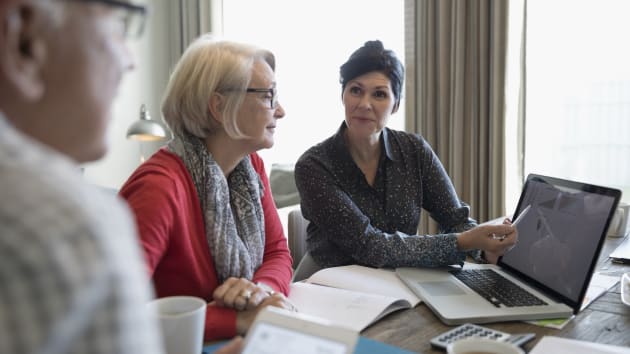 One of the risks that comes with pension plans may be looming larger than usual.

As many companies work to regain their financial footing in the midst of continuing economic uncertainty caused by the coronavirus pandemic, a retiring worker’s decision to take either a lump sum or lifetime payments from their pension could boil down to one factor: whether they think the employer will be able to meet its long-term commitments.

“That’s one of the biggest considerations that employees have when doing this kind of analysis,” said certified financial planner Leslie Beck, owner and principal of Compass Wealth Management in Rutherford, New Jersey. “Many have concerns about their company remaining viable.”

The number of private pension plans — which employers fund on behalf of workers — has been dwindling over time as companies have shifted the burden of retirement savings to employees through 401(k) plans or other defined-contribution plans.

In the airline industry — which has been hammered by the coronavirus crisis and the resulting drop in demand — a flurry of air carriers recently began offering early retirement or other separation packages to employees in an effort to cut costs by reducing headcount. And some experts anticipate that trend will spill over to other pension-providing companies if they, too, struggle financially. 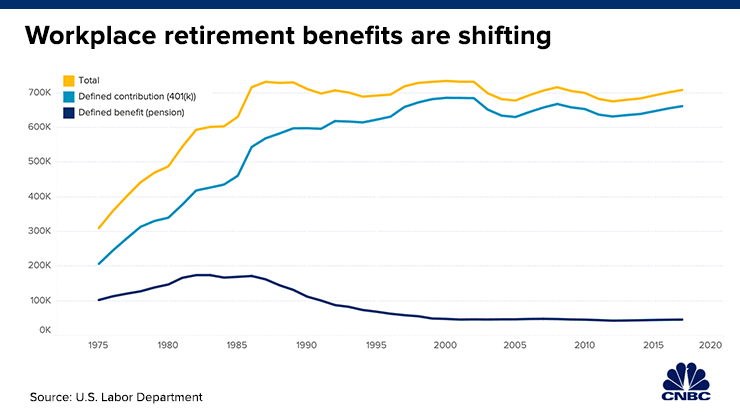 One tricky part of making a decision about how to receive your pension benefits is that retirees generally like the idea of guaranteed income for the rest of their life, experts said. This often makes choosing the continuing payments more appealing than a lump sum.

“People look at the risk we’ve seen in the financial markets this year and say ’I don’t want risk, I want steady payments,” said CFP Chris Chen, wealth strategist with Insight Financial Strategists in Waltham, Massachusetts. “But pension payments depend on the solvency of the sponsor.”

If you want to remain a plan participant, be sure you have confidence in the company’s ability to make those future payments. Although the federal Pension Benefit Guaranty Corporation, or PBGC, would step in if the company could not meet its obligations, it may pay only a certain portion of promised benefits.

“If a company goes bankrupt or can’t meet its obligations, the last-ditch coverage is the PBGC, and everyone knows it is stretched to its limits,” Beck said.

The PBGC’s multi-employer insurance program, which covers the pensions of 10.8 million Americans, is expected to become insolvent during fiscal year 2025, according to the agency’s most recent annual report. (Multiemployer pensions are those that serve multiple companies.)

Already, the agency oversees or pays monthly retirement benefits, up to legal limits, to about 1 million retirees whose plans ended or failed. There also are some pensions not covered, including state-run or locally-run plans.

Opting for a lump sum

If you’re eyeing a lump sum due to fear of your employer going under or otherwise struggling to meet its pension obligations, be aware that the amount offered is generally lower in comparison to the amount you are promised to get, over time, if you were to stay in the plan.

However, because interest rates are generally low, lump sum offers have been bigger than they’d be if rates were high. Basically, when interest rates go up, the guaranteed-income option is higher and the lump sums go down.

Also, if you choose to remain in the pension plan instead of taking the lump sum, keep in mind that the amount you’ll receive may be fixed for life — pensions typically don’t have a cost-of-living adjustment.

“The amount wouldn’t go down in nominal dollars, but it goes down in purchasing power,” Chen said.

Additionally, although some pensions offer spousal benefits — i.e., when you die, your husband or wife would continue getting a portion of the payments — there is nothing left for heirs. In other words, your death (or your spouse’s) ends the plan’s obligations to you.

In contrast, if you take the lump sum, you might have money left over at the end of your life that could be left to non-spousal heirs.

Be aware, as well, that if you take the lump sum and don’t roll it over to an individual retirement account or other qualified option, you’ll pay taxes on the distribution.

If you do move the money to an IRA, you’d need to decide how to invest those assets to meet your income needs. Alternatively, you could purchase an annuity — which would provide the guaranteed income for either a set number of years or the rest of your life, depending on the type. However, Chen pointed out, insurance companies invest in stocks to help them meet those payout obligations, so you are just one step removed from those market investments.

Additionally, there is always the risk of the insurance company also going belly up.

Regardless, any decision should be made in the context of the rest of your financial plan, advisors say. And, again, it’s worth making sure you believe in a given company’s long-term viability.

“People love their pensions, because they’re looking at monthly payments for the rest of their lives,” Chen said. “The challenge is that, yes, some pension plans are pretty strong and there’s a good chance they’ll continue to pay as expected, but not all of them.”