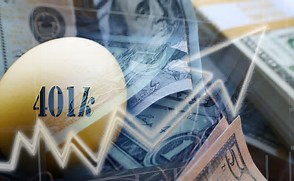 A significant rise in virus cases on Monday renewed concerns about an economic fallout from the outbreak, sending the Dow Jones industrial average tumbling nearly 1000 points. That put the blue-chip average on pace for its biggest one-day drop since February 2018, when inflation fears rattled investors.

Wall Street professionals who manage money have advised clients to stay the course and remain invested in the stock market. One reason why: Financial markets have been relatively immune to the effects of past epidemics.

Nearly two decades ago, when SARS (the severe acute respiratory syndrome) swept across China, the Standard & Poor’s 500 index dropped 12% from November 2002 until March 2003, according to Independent Advisor Alliance, a Charlotte, North Caro-based investment advisor. The broad index then rebounded, finishing 2003 about 19% higher than where it started.

“Investors need to wholeheartedly ride out these virus issues,” Steve Frazier, president at Rhode Island-based Frazier Investment Management, says of this year’s outbreak. “Don’t view this as a time to jump out of the market. It may have short-term implications, but it shouldn’t have a major effect on the average investors’ 401(k) or portfolio.”

In fact, the Standard & Poor’s 500 is still hovering at record highs, up about 3% this year. That comes after the broad index tallied a nearly 29% gain last year, its best annual performance since 2013.

Helping to stabilize markets are a strong job market in the U.S. and confident consumers, who drive the economy.

To be sure, China has grown from the world’s sixth-largest economy since 2003 to the second biggest behind the U.S., with consumer spending making up a bigger portion of its economic activity.

While financial markets remain resilient, risks from the virus have emerged. Apple warned that it won’t meet its revenue targets because the outbreak has disrupted production and curbed demand for iPhones. Further production delays in China could become a cause for concern if more multinational companies begin to cut their profit or revenue outlooks as a result.

The virus already has had far-reaching effects on industries, including travel, retail, manufacturing, automotive, technology, health and energy.

Anyone whose investments include those industries should be aware that their shares could become vulnerable to declines in the coming months, experts caution. But any weakness isn’t expected to last, they say.

“The virus issues are going to be short-lived for markets,” says Susan Schmidt, head of U.S. equities and portfolio manager at Aviva Investors. “This is a speed bump. It’s not a permanent deterrence.”

Randy Swan, chief executive and lead portfolio manager at Swan Global Investments, also recommends staying the course. For him, that means being 80% invested toward stocks and 20% toward alternative investments such as private equity or real estate.

It could be challenging to reach your financial goals under the traditional “60-40” rule toward stocks and bonds, Swan cautions. That’s because traditional income sources like bonds struggle in a time of low-interest rates.

“It’s still too early to tell how big of a deal this could be for the economy,” Swan says. “If there is going to be a slowdown in the economy due to the virus, it will eventually ripple through most areas of the economy.”

Of the 364 companies from the Standard & Poor’s 500 that announced their fourth-quarter results through mid-February, nearly 40%, or about 138, mentioned “coronavirus” on their conference calls, according to FactSet. The highest number of companies discussing the virus during calls came from the industrials (26), technology (26) and health care (24) segments of the economy.

Nearly a third of those 138 companies said it was still too early to tell what the financial impact would be from the virus, FactSet data shows.

Since businesses are unsure of the economic repercussions that the virus could have on earnings growth, experts suggest that investors should ride out any potential volatility on the horizon.

“This is a good reminder that unforeseen events can happen,” Frazier says. “You should plan accordingly for how you’re invested for the long haul.”