By webadminApril 26, 2021Uncategorized
No Comments

Best path to a great retirement? Keep track of your Social Security benefits and use the RMD rule to calculate income from savings. 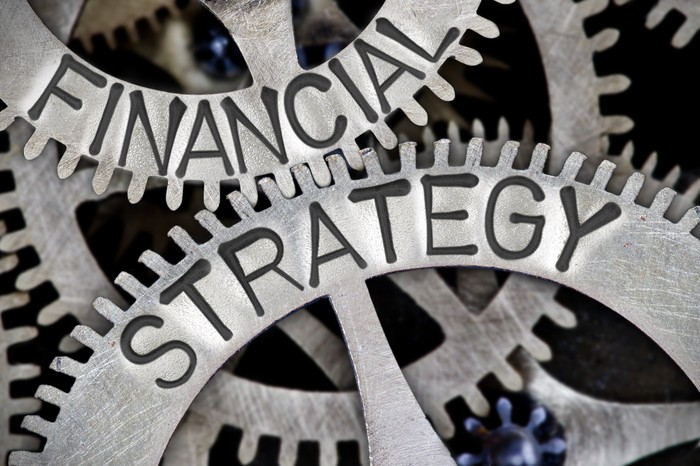 You can employ many strategies and tactics to improve your odds of enjoying the retirement you desire. But of the hundreds that you could pursue there are two that are easy to implement — and could make a big difference in your life.

Keep an Eye on Your Future Social Security Benefits

And what new research shows is “that by giving people more information — better information and more frequently — they are more likely to delay claiming Social Security benefits,” said Fichtner. “Presumably, this might also mean that they work longer. Both of which will improve their financial security in retirement.”

According to the paper, Can Informational Interventions Be Effective Policy Tools? An Initial Assessment of the Social Security Statement, “workers who received multiple Social Security statements were found to be significantly more likely to claim retirement benefits at later ages than were other workers, and statement receipt was positively associated with employment at ages 62–70.”

By way of background, the Social Security statement has personalized information, such as your earnings history and future benefit estimates.

According to Barbara Smith, the author of the paper, her research on the effect of the statement on benefit claiming suggests that the agency might consider outreach efforts to encourage more workers to sign up for a “my Social Security” account and, for those who have already created an online account, to check it more regularly.

“Whereas the agency sent statements to more than 151 million workers in the last full year of mailings in 2010, only about 50 million workers had created a “my Social Security” account as of June 2020,” noted Smith, who recently retired from the SSA.

So, what’s the takeaway? If you already have a “my Social Security” account. get in the habit of checking it frequently, at least once or twice each year, to:

Why check it so frequently? Well, given the findings from the research, checking it often could give you the best chance of achieving financial security in retirement — assuming, of course, that’s something you desire.

And, if you don’t have a “my Social Security” account, now would be a good time to get one. There’s no reason to wait until you are age 60 to learn your future benefit estimates.

The RMD Withdrawal Rule vs the 4% Rule

Consider using the RMD withdrawal approach. There’s a time-honored rule of thumb, based on Bill Bengen’s research, that you can safely withdraw 4% per year from your nest egg over the course of 30 years and not run out of money.

And recent research from an academic who hasn’t spent a lifetime studying retirement has come to the same conclusion that others who eat, breath, and sleep all things retirement have already discovered. That the 4% rule doesn’t work, especially when you factor in things like utility and constant relative risk aversion.

What does work, according to Chester Chambers, an associate professor of practice at Johns Hopkins Carey Business School and author of Maximizing Utility of Withdrawals in Retirement and the Efficiency of Required Minimum Distributions is the required minimum distribution or RMD rule.

“We find that strategies built around required minimum distribution (RMD) rules are surprisingly efficient and also have characteristics that mitigate against some effects of market risk, longevity risk, and sequencing risk,” Chambers wrote. “Our findings suggest that advisers and clients will be well served by comparing policies in a consistent way and that we all should more seriously consider withdrawal strategies built around RMD rules.”

That RMD rule would have you withdraw money using the same rule used to determine how much you have to withdraw from your retirement accounts once you turn age 72. Generally, a RMD is calculated for each (retirement) account by dividing the prior Dec. 31 balance of that IRA or retirement plan account by a life expectancy factor that IRS publishes in Tables in Publication 590-B, Distributions from Individual Retirement Arrangements (IRAs).

“While the results may not necessarily be shocking, (Chambers) provides a relatively solid analysis building off some of the best work that’s been done exploring how to determine safe withdrawal rates from a retirement portfolio,” said David Blanchett, head of retirement research for Morningstar.

Others have indeed come to the same conclusion: that the RMD rule is better than the 4% rule.

In 2017, for instance, Steve Vernon, a research scholar at the Stanford Center on Longevity, published a paper introducing the “Spend Safely in Retirement Strategy” and wrote a book based on that research called Don’t Go Broke in Retirement.

Under that strategy, middle-income retirees — those with less than $1 million in savings — would:

Use the IRS’ RMD rule to calculate income from savings, savings that are invested in a common balanced fund, index fund, or target-date fund.

“I was very intrigued to see that Chambers’ analyses identify RMD as an efficient withdrawal strategy — a similar conclusion to our extensive reports,” said Vernon, who also wrote this report on the topic. “We used significantly different but equally complex analyses to come up with very similar conclusions.”

One big difference, of course, is that Vernon analyzed the combination of Social Security and withdrawal strategies using invested assets, whereas Chambers just looks at RMD applied to savings on a stand-alone basis. “I’m glad to see Chambers confirms our conclusions about the RMD rule,” said Vernon.