By webadminJune 14, 2022Uncategorized
No Comments 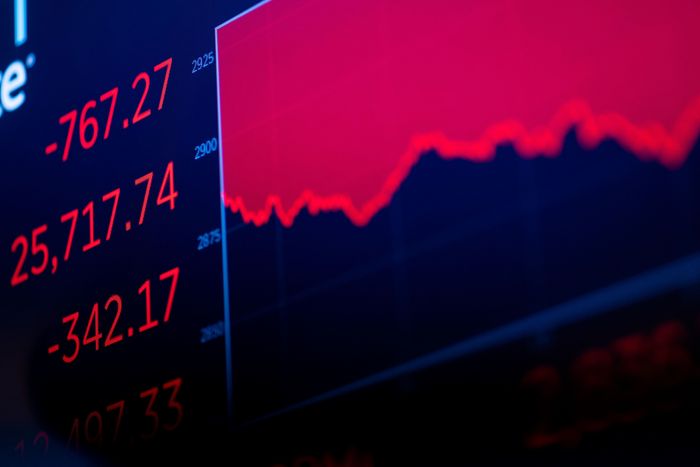 Will the bear market inflict a bigger bite on retirees than younger investors? Not necessarily, experts say, as the duration of the average bear market is measured in months and retirees who are able to stay the course should be able to recover losses.

It takes 14 months on average for stocks to get back to break-even during a “garden-variety” bear market, said Sam Stovall, chief investment strategist for CFRA Research. If this bear market shapes up like average, then, the S&P 500 would fall 27%, hit a bottom in early October, and then break even by February 2024. Even the deepest of bear markets takes about five years for stocks to get back to break-even, Stovall said.

The upshot? “Unless you think it’s going to be 1929 all over again, I’d say stay the course,” Stovall said, referring to the stock market crash in October of that year and the start of the Great Depression.  For now, though, the big investor worry is that the central bank, which meets Tuesday and Wednesday, could tip the economy into a recession as it aggressively raises interest rates to tame inflation. The stock market tends to hit bottom about five months before a recession ends, and we won’t know that we’re officially in a recession until it’s already under way. The National Bureau of Economic Research typically calls a recession, retroactively, around the time that stocks hit their trough, so that call serves as a kind of contrarian buy signal, Stovall said.

It can be hard to sit on your hands amid market volatility, so if you feel the need to do something, consider making a stock wish list, Stovall said. Income-focused retirees should think more like landlords than traders, he said. In other words, you want to own companies that can pay the rent (dividends, in this analogy) on time and can weather increases in rent. Dividend payers that CFRA analysts like in this environment include Advance Auto Parts (ticker: AAP), Omnicom Group (OMC), Ralph Lauren (RL), BlackRock (BLK), Fifth Third Bancorp (FITB), and Morgan Stanley (MS).

Pulling your money from stocks might make you feel safe in the short term. Problem is, you’re unlikely to get back into the market in time. Over a 20-year period, missing the 10 best days results in annualized returns that are roughly half of what you would have gotten had you stayed invested and not tried to time the market, according to research from J.P. Morgan Asset Management. Investors might be surprised to learn that during this period, the market’s best days tend to fall within two weeks of its worst days.

Meanwhile, investors of all ages should take advantage of rising interest rates and put any cash on hand to use. “The only free lunch in finance is the ability to get additional yield without taking on additional risk,” said Greg McBride, chief financial analyst for Bankrate.com.

One way to do that today, he said, is by moving your savings from a big legacy bank that pays around 0.01% in interest to an online bank. Online banks are starting to offer more competitive rates on their high-yield savings accounts. For example, Ally is offering a 0.90% annual percentage yield, and Marcus is offering 0.85%.  Rates will likely continue to rise and may hit 2% by the year, McBride said.

Lucas Kulma, a financial advisor at Moneta Group in Denver, keeps his retired clients’ immediate spending needs in a high-yield savings account. He keeps money for their intermediate-term needs, between four to eight years’ worth of expenses, in bonds. He constructs bond ladders with municipal bonds in taxable accounts and corporate bonds in tax-deferred accounts, using staggered maturities of as short as six months to take advantage of rising interest rates.

Kulma also likes Series I savings bonds, which currently yield 9.62%. You can buy up to $10,000 in I bonds during each calendar year (so a couple could buy $20,000). They cannot be cashed within 12 months of purchase without a penalty, and this relative lack of liquidity means they belong in clients’ intermediate-term bond bucket, not in the cash bucket, Kulma said.