How to Beat Retirement’s Nemesis: Inflation

By webadminNovember 22, 2021Uncategorized
No Comments

With prices rising at their fastest rate in decades, people in retirement or approaching it should take extra care to protect their savings. 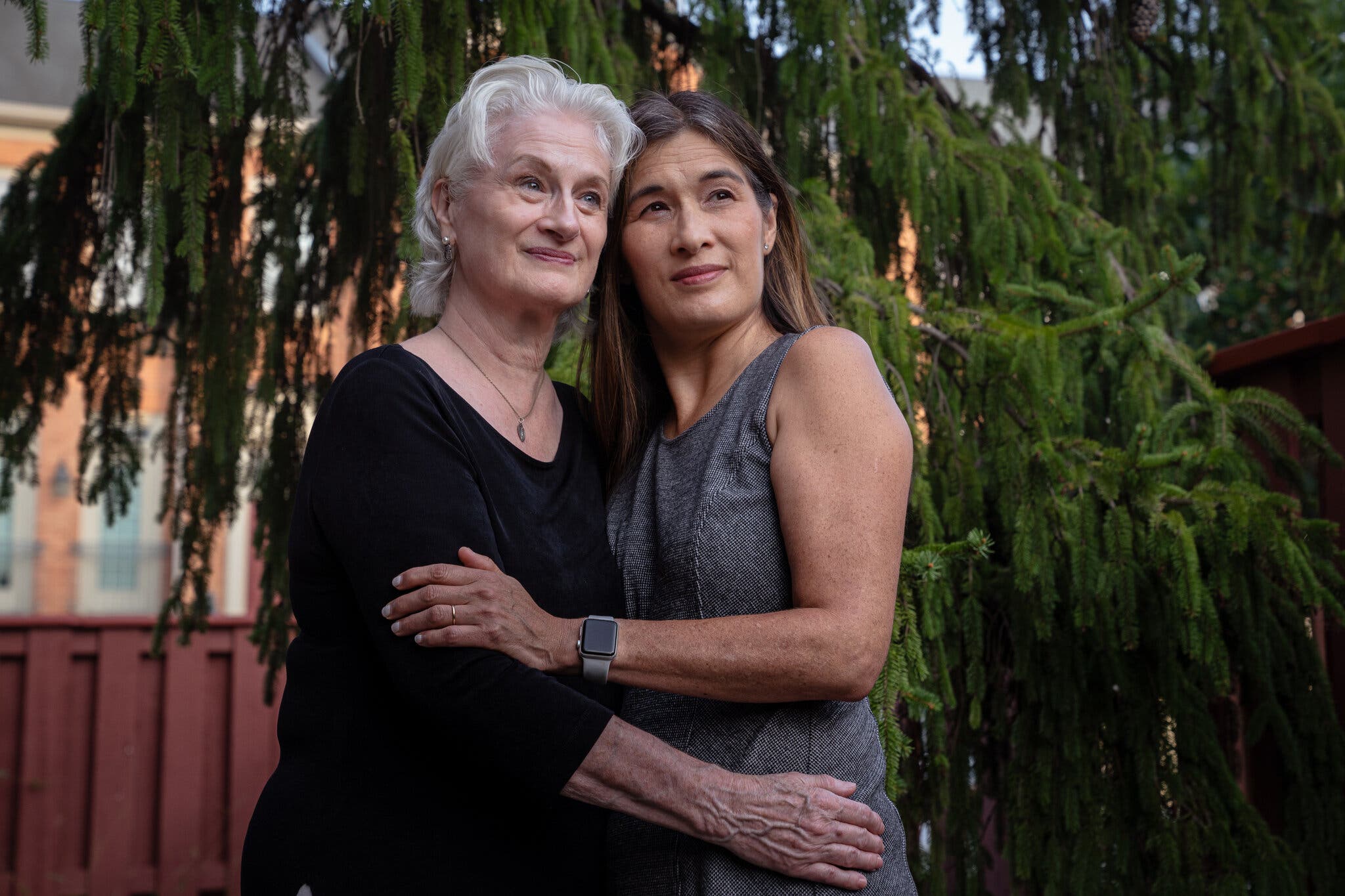 Marguerita Cheng, right, a financial planner, helped her mother, Eileen, set up extra defenses for the retirement savings her father left behind. Shuran Huang for The New York Times

Even if you’re a retirement supersaver, inflation is always lurking like a chronic, incurable disease, eroding retirement benefits that often fail to keep up with the rising cost of living.

To many families, inflation’s effect on their nest egg is a taboo subject — if they think about it at all — because it raises the ugly prospect of outliving their savings. This year, it’s something no American of any age can ignore. U.S. inflation is rising at its fastest pace in roughly three decades, with consumer prices climbing 6.2 percent in the 12 months through October.

As a certified financial planner and chief executive of Blue Ocean Global Wealth in Gaithersburg, Md., Marguerita Cheng has taken steps to protect the nest egg of her mother, Eileen, 75, against steady price increases. The groundwork was laid by her late father, Paul, who fled Communist China as a teenager and built a prosperous career with IBM, accumulating a pension, life insurance policies and diligent savings.

“Dad didn’t want us to anguish and scramble when he died,” Ms. Cheng said. “He even waited until he was 70 to collect the largest possible Social Security and survivor benefit.”

But today’s Social Security benefits — despite a recent cost-of-living adjustment of 5.9 percent, the highest in 40 years — are being hit hard by price increases. According to a study by Mary Johnson, an analyst with the nonpartisan Senior Citizens League, soaring inflation has “deeply eroded” the buying power of those benefits this year.

Analyzing national consumer price data through July, Ms. Johnson found a widening chasm between increases for 39 common expenses that affect people over 65 — Medicare premiums and prescription drugs being among the fastest rising — and the cost of living adjustment for Social Security.

Last week, the government announced that premiums for Medicare Part B (which covers doctors’ visits) for 2022 would rise 14.5 percent, one of the biggest jumps in the program’s history. That will take the standard monthly premium to $170.10 from $148.50.

In a new survey by the Senior Citizens League, 44 percent of Medicare recipients reported spending between $160 and $495 a month on health care. “That’s a significant portion of income,” considering that the average monthly Social Security benefit is about $1,487, Ms. Johnson said.

“These findings are particularly troubling because about 46 percent of our survey participants also report that they have no retirement savings to fall back on,” she added.

How you can offset price increases

It’s hard to outpace these escalating costs with conventional retirement benefits. While Social Security payments are linked to the Consumer Price Index, the cost-of-living adjustment is partly eaten up by increases in those Medicare premiums and other medical expenses. So it’s difficult to keep up with the real cost of health care in retirement unless you plan ahead.

You’ve heard it before, you’ll hear it again. Maximize Social Security benefits through delayed retirement credits. That means waiting as long as possible — ideally, until age 70 — before you draw benefits. Your monthly payments will be higher and then augmented by annual cost-of-living percentage adjustments when you do start receiving checks.

“Optimizing Social Security benefits is so important for everyone,” Ms. Cheng, the financial planner, said. “For married couples, this also means locking in the largest survivor benefit.” She explained why: “My parents are 14 years apart. My dad deferred his benefit until age 70. He earned delayed retirement credits, then he locked in the largest benefit for my mom. When he passed away, my mom’s survivor’s benefit was my dad’s benefit.” 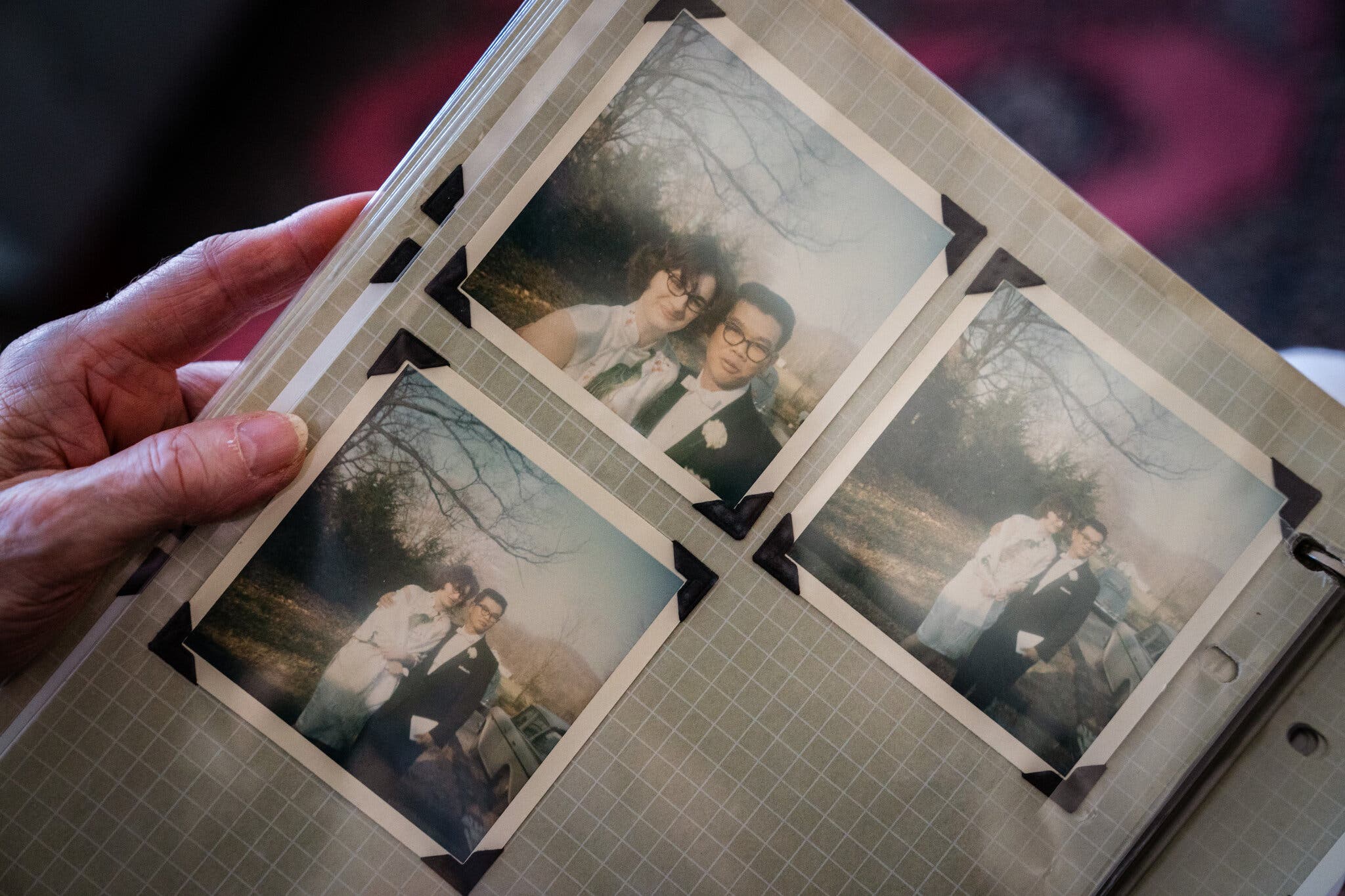 “Dad didn’t want us to anguish and scramble when he died,” Ms. Cheng said. “He even waited until he was 70 to collect the largest possible Social Security and survivor benefit.” Shuran Huang for The New York Times

Also crucial: keeping a hawk’s eye on your spending before and during retirement. Combine that vigilance with an aggressive savings plan. And the importance of paying down debt, and avoiding new borrowing, can’t be overstated.

“Get a handle on expenses before you enter retirement,” said Amy Braun-Bostich, a certified financial planner with Braun-Bostich Associates in Canonsburg, Pa.

Do some homework. Estimate your net expected retirement income using online calculators. How much monthly income will you have after taxes and ongoing bills for health care and daily living expenses?

It pays to estimate total postretirement health care costs, which include dental, vision, and Medicare supplemental policies (known as Medigap) and Part D plans, which cover items such as prescription drugs.

“Most don’t understand the impact of medical costs in retirement or understand how much purchasing power they will lose over 10 to 20 years,” Ms. Braun-Bostich said. To address that issue, she suggest that people covered by employer-sponsored, high-deductible health plans contribute to vehicles such as health savings accounts. They can cover a multitude of health-related out-of-pocket expenses. Both contributions and withdrawals are tax-free if they are used for approved items. You can also use proceeds to supplement retirement income, although you’ll pay tax on non-health-related withdrawals.

Consider the costs of long-term care. Ms. Cheng bolstered her mother’s portfolio with vehicles that are designed to fend off inflation. In 2000, she recommended that her parents buy long-term care insurance, which can cover care in an assisted living or nursing facility or in one’s home. At the time, she recommended policies that would expand benefits at a 5 percent simple interest rate for her father and 5 percent for her mother. The policy has a $125 daily benefit with 5 percent compound inflation protection.

When her father died in 2015, her mother bought variable annuities with inflation-adjusted “living benefits” riders, which guarantee a payout while the client is still alive.

“We did not invest all of Mom’s money in this product,” Ms. Cheng said. “We only invested a portion of her I.R.A. and her inherited I.R.A. We did this to address market risk, inflation risk and longevity.” (These additional contracts are often expensive, and additional features increase the cost of an annuity contract. The living benefits rider added 1.35 percent to the purchase cost of the contract for Ms. Cheng’s mother.)

Save and invest. You know this, but it bears repeating. Another solid way to increase preretirement saving is by investing in low-cost, diversified no-commission stock-index mutual funds. Use a cost analyzer to see how much you could save.

“Put away as much as possible” in a combination of 401(k)s, Roth I.R.A.s and H.S.A.s, Ms. Braun-Bostich said. Ensure that your retirement portfolio is diversified and protected with Treasury Inflation-Protected Securities (known as TIPS), short-term bonds, floating-rate securities, and U.S. and international stocks. And if you already have such a portfolio, monitor your progress annually.

“This is a not a one-and-done sort of thing,” Ms. Braun-Bostich said.

With inflation, appearances can be deceiving, because short-term, single-digit increases don’t seem that steep. Even though consumer prices dipped during the pandemic’s first wave, they escalated as businesses began to reopen this year, widespread supply chain issues emerged and many people headed back to work.

Excluding volatile food and energy costs, the Consumer Price Index rose 4.6 percent in October from a year earlier, the highest increase since 1990. That compares with an average of roughly 3 percent between 1913 and 2020, with notable surges in the 1970s (an average of 7.25 percent) and the 1980s (5.82 percent).

No matter how you view inflation, you will need to buffer the cost of living and unforeseen preretirement financial shocks such as job loss, divorce and out-of-pocket medical expenses, which certainly make retirement planning even more challenging. A study by the National Endowment for Financial Education showed that 96 percent of Americans experienced four or more such “income shocks” by the time they reached age 70.

How do you avoid the triple threat of inflation, income shocks and outliving your nest egg? Working with a fiduciary fee-only certified financial planner who can diversify your retirement portfolio with low-cost index funds is a start, Ms. Johnson said. Such a planner will charge you a flat fee or hourly rate based on how much work you need. Don’t work with financial advisers, brokers or agents who charge commissions.

Taking any step is shown to lend a sense of empowerment. “When you’re young, start planning,” Eileen Cheng said. “You can take out a loan for everything — except retirement.”

A version of this article appears in print on Nov. 21, 2021, Section BU, Page 9 of the New York edition with the headline: How to Guard Your Nest Egg Against the Enemy: Inflation. Order Reprints | Today’s Paper | Subscribe