Here’s where most Americans are really getting their retirement income

By webadminJanuary 27, 2020Uncategorized
No Comments 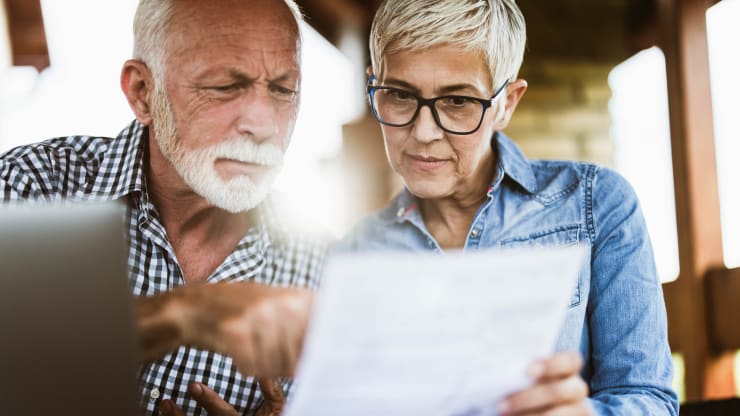 The so-called three-legged stool of retirement income — Social Security, pensions and savings — is becoming less accessible for many Americans.
Instead, many individuals ages 60 and up are increasingly relying on just one source — Social Security — for money in retirement.

Retirement income is often thought to come from three sources: Social Security, pensions and savings.
That combination is often called a three-legged stool, a metaphor for the money retirees use to support themselves once they are no longer working full time.

However, a new report finds that very few retirees actually have income from all three sources.
Just 6.8% of older Americans ages 60 and up who work less than 30 hours per week get money from Social Security, pensions (also called defined benefit plans) and workplace retirement savings like a 401(k) (also known as defined contribution plans), according to the National Institute on Retirement Security.
Meanwhile, many individuals in that age category – 40.2% – receive income through Social Security only.
Even more troubling, 14.9% have no income from a pension, savings or Social Security.

The research is based on 2014 data, and only reflects where retirees currently get their income, the researchers said. Those sources are expected to change, particularly as traditional pensions get phased out.

Haves vs. have-nots
Households with all three income sources – Social Security, pensions and savings – had the highest total annual income, with a median $37,440.
Meanwhile, those with no support from those three sources had the lowest total household income, with a median $8,904. Those in the no-income category likely either have not yet started collecting retirement payments or may be economically challenged and receiving government assistance, according to the study.
Gender and race play a role
Retirement income also varies by gender and race, according to the research.
Couples generally had a higher median total at $52,116, versus $23,064 for unmarried men and $19,764 for unmarried women.
Unmarried men and women were more likely to rely on Social Security for their sole source of retirement income, with 39.2% and 42.3%, respectively. That’s in comparison to 23.8% for couples.
Older white individuals also had higher retirement incomes compared to blacks or Hispanics, the two minorities measured by the data.
Median total retirement income for white individuals was $23,292, versus $16,863 for blacks and $13,560 for Hispanics.
While 39.2% of white individuals rely on just Social Security checks, that was higher for blacks, at 44.8%, and Hispanics, with 45.9%.

With almost 90% of older Americans receiving Social Security benefits, it is the dominant source of retirement income, according to the research.
Yet for many elder Americans, those Social Security checks still fall short of what they need.
That’s because Social Security replaces just 40% of pre-retirement income, on average. Meanwhile, most financial experts recommend at least a 70% income replacement rate, the study said.
Those findings are in line with recent research from the University of Massachusetts Boston, which found that retirees generally face a shortfall between their Social Security benefits and the cost-of-living, no matter where they live.

Generally, older Americans rely on Social Security benefits more as they age, according to the National Institute study.
While 52.9% of individuals 60 to 65 years old are receiving some Social Security income, that goes up to 85% for those ages 66 to 75 and is 84% for those ages 76 and older.
Not everyone receives Social Security benefits, such as some state and local government employees who do not pay into the system.
Still, proposals to increase benefits, such as the Social Security 2100 Act or those from certain Democratic presidential candidates, could have a meaningful impact on retirees’ lives.
“We found that Social Security expansion would be a potent poverty reducing tool, should policy makers choose to pursue it,” said Tyler Bond, manager of research at the National Institute on Retirement Security.

The research is based on data from the 2014 Survey of Income and Program Participation and the 2014 Social Security Administration Supplement on Retirement, Pensions and Related Content.